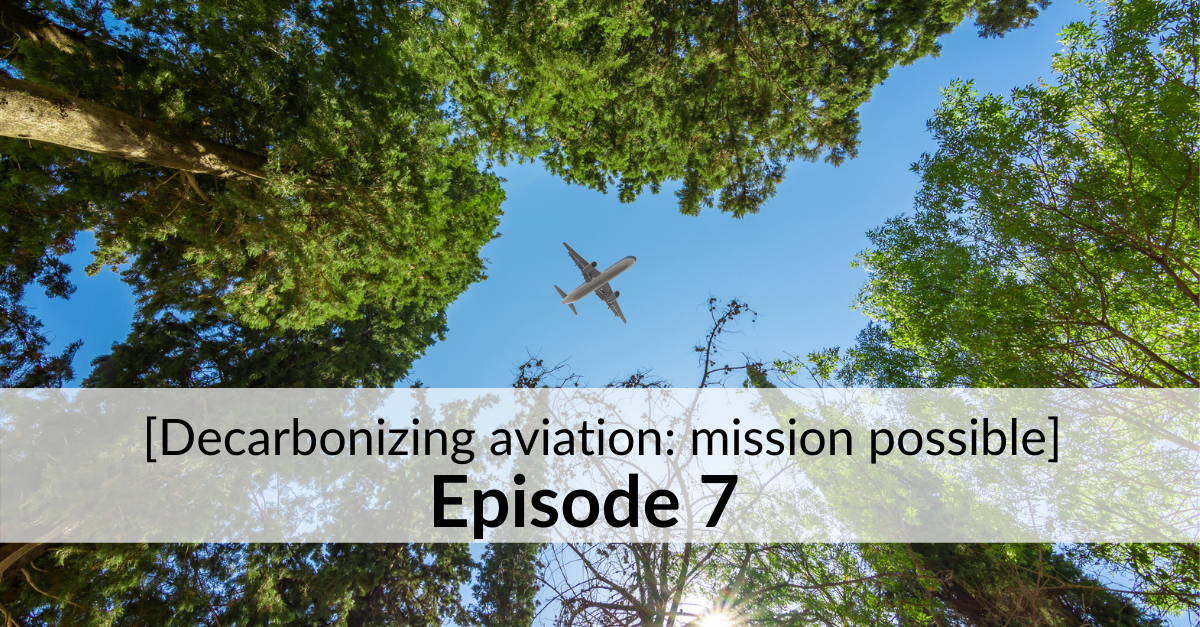 This seventh article looks at synthetic fuel and how power-to-liquid, an emerging technology to produce green synthetic kerosene, could contribute to decarbonized aviation.

Synthetic fuels are not unknown to aviation. Actually, they have played a significant role in aviation history, more specifically during WWII by powering up Nazi Germany's Luftwaffe.

Germany realized its dependence on fuel between the two world wars with diesel engines' development replacing steam engines. Very poor in oil reserves but rich in coal mines, it developed the technology to produce synthetic fuel out of coal through various chemical transformation processes.

In 1941, 99% of Germany's aviation gasoline stocks were coming from synthetic fuel[1].

The benefits of synthetic fuel

We saw in Episode 4: The challenges of alternative sources of energy that, except for being fossil and generating CO2, kerosene has all the right properties for aviation: it is stable, supports a wide range of temperature, and has the perfect density of energy per mass or volume. 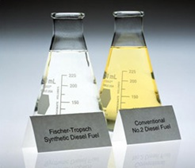 What if we could produce green synthetic kerosene?

This would solve many issues we have discovered in the previous episodes on the electrical or hydrogen aircraft.

There is no need to fully redesign the aircraft nor the engines. It means we don't have to go backward in terms of aircraft capacity, range or speed. It also means we leverage all the existing investment, know-how, and experience that has made aviation the safest means of transportation in the world.

There is no need to modify the airport infrastructure, whether for loading/unloading passengers as we saw for the hydrogen aircraft or storing and distributing energy to the airplane.

It means airline operations can remain close to what they are today (including short turnaround times, which are crucial for the low-cost carriers' economics). The same goes for maintenance.

Another benefit, and not the least, is a smoother transition path. An electrical or hydrogen aircraft will be restricted to routes where both the departure airport and arrival airports are upgraded to be compatible with these new energy carriers. This will create a daunting chicken-and-egg problem.

When you understand airline flight operations a little more, you realize that to operate a route between two cities, a flight plan must consider many more alternate airports, at destination and en-route, to allow for safe diversion. This means that the origin and destination airports must be compatible with the new technology and many more alternate airports that can be in very remote areas.

New disruptive aircraft will be constrained in operations until the new infrastructures are widely developed, making them hard to operate and unattractive during the early stages of their commercial development.

This simple route from A to B can be flown by a hydrogen aircraft only if airport A and B are H2-upgraded, as well as all the destination and en-route alternates.

On the contrary, the same aircraft could depart with synthetic kerosene in its tanks from countries where it is available and fly back with traditional kerosene from countries that have not yet converted to this type of green fuel. Its flight plan remains compatible with all existing en-route alternates, which simplifies the operations, especially in ETOPS flights.

An airplane that can run on synthetic fuel can fly CO2-neutral from A to B even if one airport has been upgraded to support the new fuel type.

So, what if we could produce green synthetic kerosene?

Power to Liquid: the principles

The path to producing green synthetic kerosene is called Power-to-Liquid. It relies on two pillars: do not use hydrocarbons or fossil oil, gas, or coal, and rely on renewable energy for its production.

The principle is quite clever: a synthetic hydrocarbon is produced mixing hydrogen (itself extracted from water by electrosynthesis) with CO2 captured from the atmosphere.

Seawater is abundant and cheap, and we all know there is too much CO2 in the atmosphere.

The physical and chemical reactions required to produce hydrogen, extract CO2 from the atmosphere and combine them to make synthetic fuel require a lot of energy. But if this energy is produced from renewable sources, such as solar plants or windmills, or from CO2-neutral nuclear plants, we then have solutions that are climate neutral.

Of course, the synthetic kerosene combustion will continue releasing CO2 in the atmosphere, but only as much as what was captured to produce the synthetic fuel, which means we have a circular carbon-neutral production cycle.

Even when powered by renewable energy sources such as wind power or photovoltaics, power-to-liquid technology's need for the land surface is very much reduced compared to biofuels. 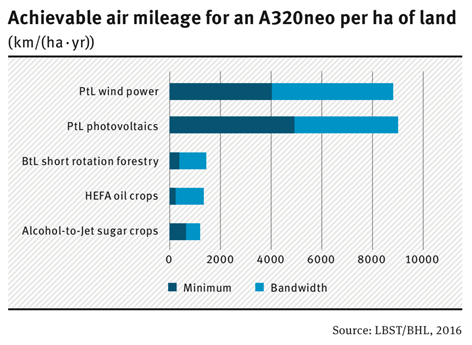 Power to Liquid: where we stand

New jet engines are compatible with biofuels or synthetic fuel blended with traditional kerosene by up to 50%, which means the aviation part of technology is ready.

Concerning the production chain, the technology is estimated to be at TRL 5-8 on the Technology Readiness Level scale.

In 2014, Sunfire, a German PtL technology provider, has inaugurated a demonstration plant in Dresden, Germany, that produces synthetic diesel fuel. It can produce a mere one barrel per day.

Earlier this year, in June 2020, a consortium called Norsk e-Fuel (which also integrates Sunfire) was created in Norway to build the first PtL-for-aviation demonstration plant. They plan to produce 10 million liters in 2023 and 100 million liters by 2026.

They would provide a 50% blend to power the five most frequented domestic routes in Norway. The CO2 savings are estimated to be around 250,000 tons per year. 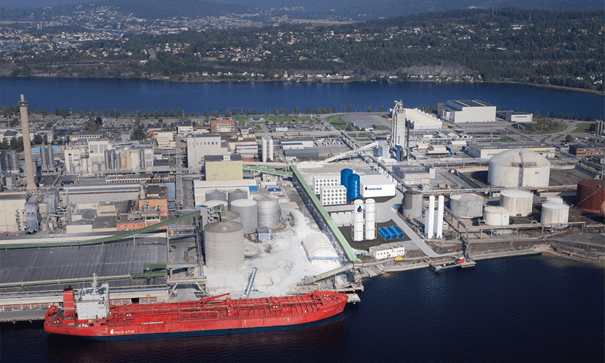 The Norsk e-Fuel demo plant near Oslo will produce enough synthetic fuel to reduce the CO2 emissions of the top 5 Norwegian domestic routes by 50%.

My name is Gunnar Holen. I'm the CEO of Nordic Electrofuel. I've been in this organization since early 2016. I've been working for over 30 years in investment banking, and I have built up two companies.

At Nordic Electrofuel, we have evaluated the different technologies for producing power-to-liquid, and we have now started basic engineering. We will finalize that in September 2021 and then plan to start construction.

I think we had a good development for power-to-liquids. When I started in the company, many people viewed us as a curiosity. People have been aware that it could have been a solution for airlines and other long transportation.

However, at that stage, it was viewed as too expensive. With others in this sector, we work on utilizing the energy better and how we can produce it more efficiently. We have succeeded. Now, our power-to-liquid is one of the leading solutions for long-distance transport and particularly aviation. We can say that because we have an acceptable cost level. There are reasons to believe that we can get down on energy consumption and bring the cost further down.

Power-to-liquid is part of the aviation decarbonization solutions. Hydrogen is also part of the solutions. However, currently, there is no infrastructure for hydrogen. It faces many challenges like explosiveness and pressurization, which make it a complicated and expensive solution.

The great thing with power-to-liquid is that you can use the current infrastructure. We can work with the airline industry, and it makes perfect sense to continue to use the aircraft we have.

More and more countries want to fly regularly. After the Covid-19 pandemic, aviation will start to increase again. So it’s not an option, we both want and need to fly. We need renewable fuel. I have been talking to many experts and one thing is sure: it’s limited how much renewable fuel we can get from other sources like cooking oil, for example. So I think power-to-liquid is the technology where we can scale and get a lot of volumes. The cost of producing is coming down.

It can play a significant role. It already fits with the existing infrastructures. It has a positive impact on global warming because it completely eliminates the particulate emissions which is more severe than the emissions from the CO2. So consequently, the use of power-to-liquid has a triple positive impact for avoiding global warming. I think very strongly that it is the leading solution for making aviation sustainable. It’s limited volumes for the moment, but we will develop it further and make it more efficient and scale it to be potentially the main fuel source for aviation.

Aviation will continue to grow. After the Covid-19 pandemic, everybody will want to travel again. However, maybe we will see a reduction of business trips as many meetings can be made virtually. However, it is different to meet people personally, and I think it is essential to travel to look people in their eyes.

In the last three episodes, we looked at a somewhat distant future for green aviation based on disruptive technology (electrical aircraft, hydrogen aircraft, power-to-liquid). These technologies won't be ready before 2035.

So, what can we do by then?

Fortunately, many things: this will be the subject of the next two episodes, starting with Episode 8: Sustainable Aviation Fuels.