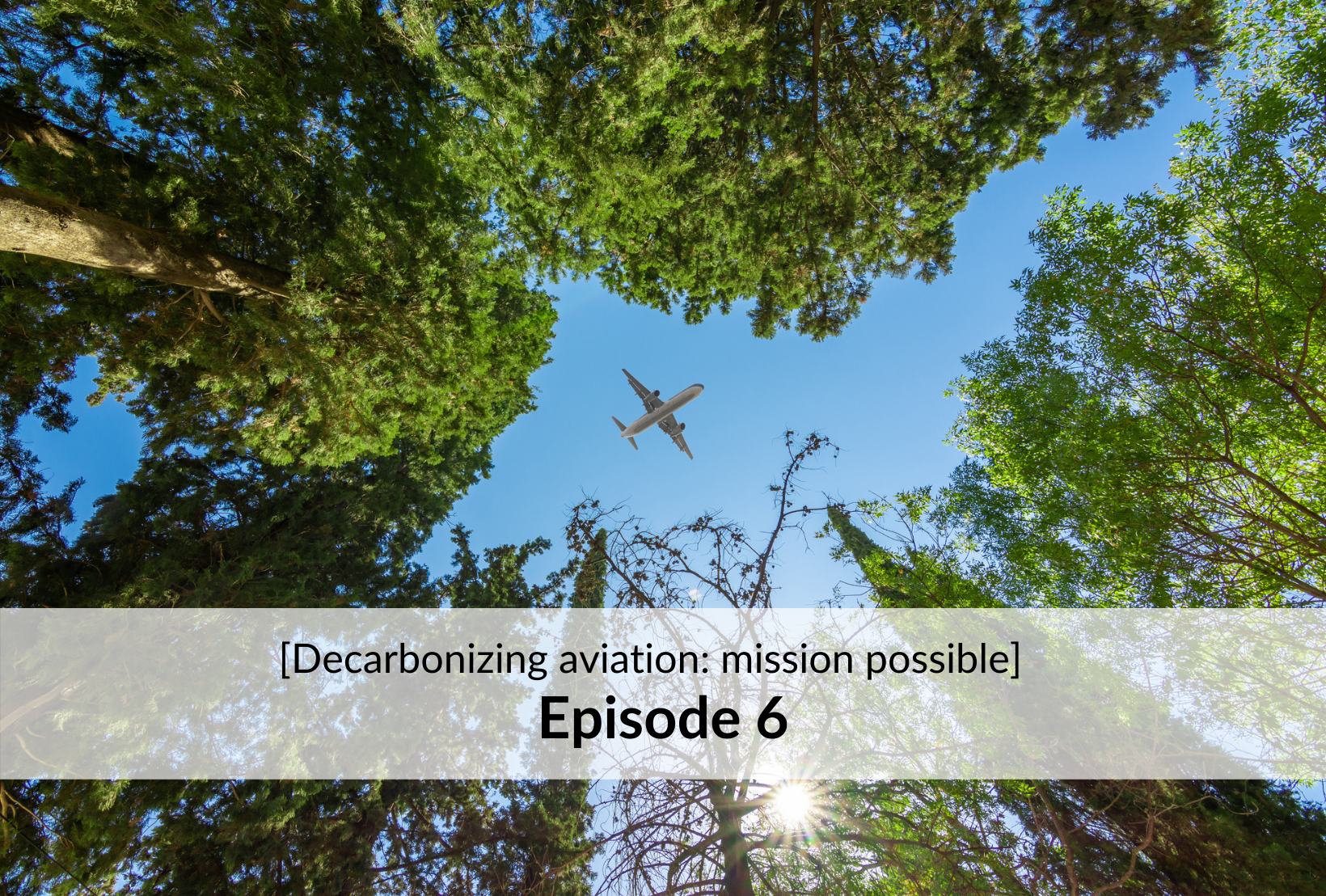 This sixth article looks at why such interest in hydrogen, the different colors of hydrogen (grey, blue and green), possible designs for hydrogen aircraft, and the need for a hydrogen industry.

What is hydrogen, and why is it interesting?

Hydrogen (H) is the simplest and most abundant atom in the Universe. It is estimated that hydrogen accounts for 92% of the Universe’s atoms and 75% of its mass.

On Earth, hydrogen is mostly present in water (H2O) but is also present as organic compounds in all living matter and hydrocarbons. It is much rarer as a gas.

What makes it attractive as a carrier of energy is how it can be inflammable with oxygen (O2) and produce a large quantity of power with a very simple and clean byproduct: water!

In fact, hydrogen takes its name from this single property (hydro = water; gen = to form).

As a gas, hydrogen is usually not considered a source of energy because it is rare on Earth and challenging to extract. Still, it draws a lot of interest as an energy carrier because:

This last property makes it especially interesting for aviation, where mass is the enemy. Its energy density per mass is three times more than kerosene if you remember this chart from Episode 4: The challenges of alternative sources of energy. 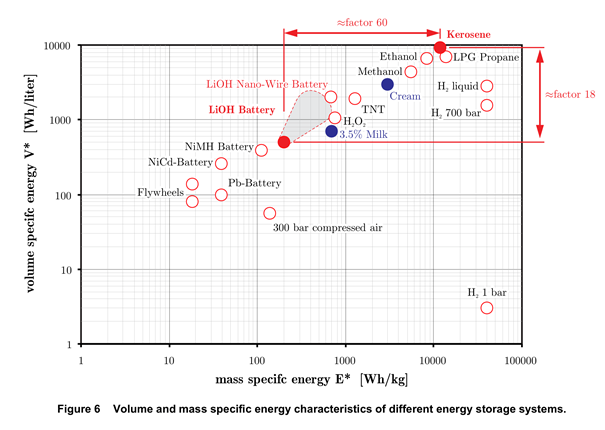 How to produce green hydrogen?

Abundant as an atom, that’s true. As a gas, very much less so, which means we need to produce hydrogen (the gas) from other sources. And unfortunately, the most common processes to make it are neither cheap, clean, nor CO2 neutral…

There are various techniques to make hydrogen: it can be made from natural gas, but it means we continue relying on fossil hydrocarbon, and there is combustion involved that produces CO2.

The other technique is by electrolysis of water, which requires a lot of electricity. Unless this electricity is produced with renewable energies or carbon-neutral sources (e.g., nuclear), it also means many CO2 emissions.

Depending on how hydrogen is produced, we speak of grey, blue, or green hydrogen (which is quite funny for a colorless gas).

The hydrogen produced from natural gas is called “grey” hydrogen.
A variant where the generated carbon emissions are captured, stored, and possibly reused is called “blue” hydrogen.

And the hydrogen that would be produced by electrolysis of water, powered by renewable energy, is called “green.”

The challenges of using hydrogen?

Once produced, there are many more challenges to using hydrogen, the first one being hydrogen’s low density.

Going back to the figure above, even at very high pressure (700 bars), its energy density per volume is still six times less than kerosene, which means it would require a Beluga as a hydrogen tank on top of an A320. Not sure about the aerodynamics… 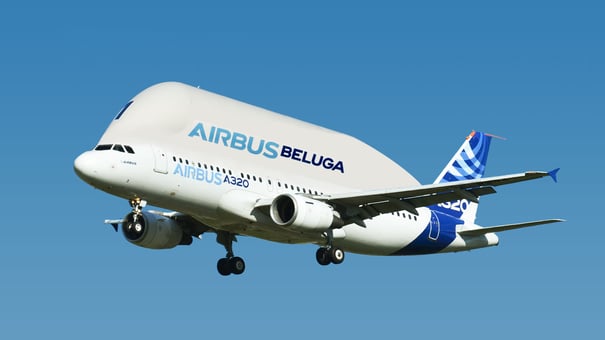 An A320 would require a Beluga-size tank to carry high-pressure gaseous hydrogen.

Only when it’s liquid, hydrogen’s density becomes acceptable for aviation, which requires extremely low temperatures (-250°C or 20 °K). This is a problem, but solutions exist: Airbus or Boeing, with their spatial activity, have substantial liquid hydrogen experience, even though it’s not at the same industrial scale. 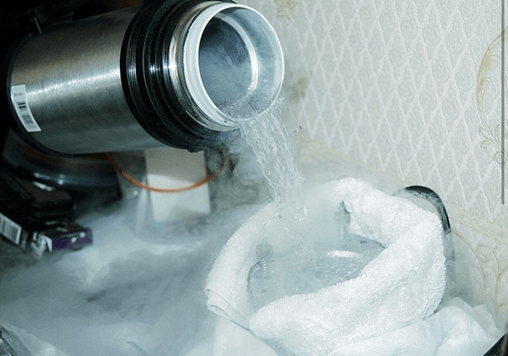 Liquid hydrogen still requires three times the volume of kerosene to deliver the same amount of energy. Which necessarily leads to different designs from the ones we are used to.

Possible designs for the hydrogen aircraft

There are many possible designs for hydrogen aircraft, which makes this period open and exciting.

First of all, there are two ways you can use hydrogen: you can either burn it directly in a combustion engine or use a fuel cell which, works a little bit like reverse electrolysis and produces electricity.

With a combustion engine, the design can remain closer to current propulsion designs.

With the fuel cell, you open up attractive new possibilities that we reviewed in Episode 5: the electrical aircraft.

And of course, you can also combine both…

There are also different options to store hydrogen. The safest is to keep the same tube design we are used to with airplanes, but have fewer seats and use the aircraft’s rear to store the hydrogen with a safe separation with the passengers. The Airbus concept design below shows how the windows stop just after the wings and leave room for the hydrogen tank. 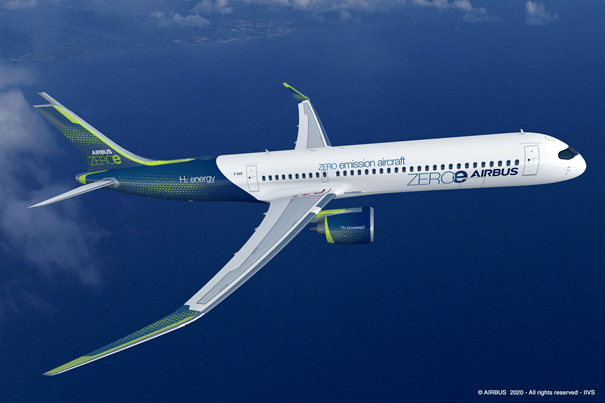 An alternative design is to build a blended-wing body aircraft. Such an aircraft has fascinating aerodynamics properties, can leave a fair amount of room for passengers, and plenty of space in the wings for hydrogen. The challenges are: 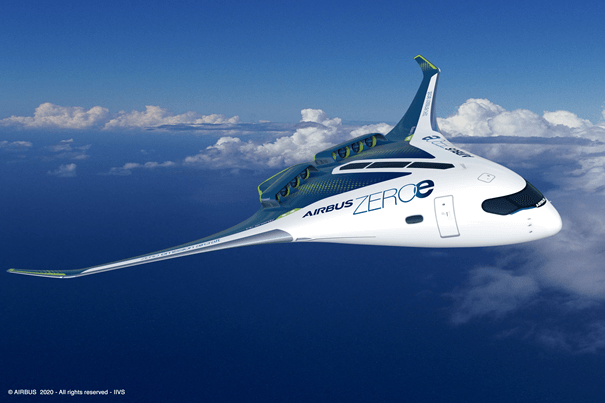 Airbus is investing heavily in hydrogen aircraft with a plan to have a commercial carrier flying by 2035. They are in the early stage and studying many different technologies with three different designs in mind, the two we have seen above and an upper-wing regional turboprop. The latter being “the least ambitious” and the blended wing being the most ambitious. 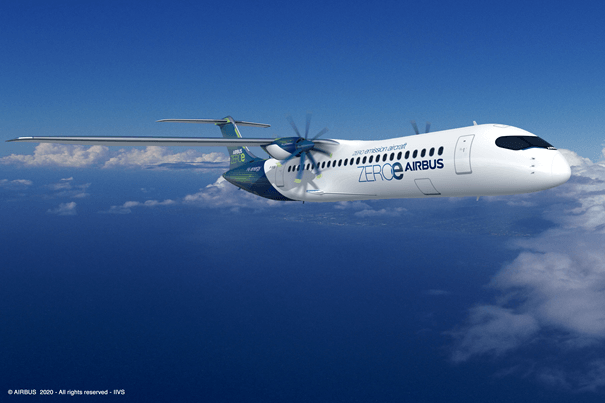 As we saw in Episode 1: How much CO2 does aviation emit, and how it compares with other sectors?, CO2 is the enemy. These aircraft would be entirely carbon-neutral provided green hydrogen powers them.

Would they be fully climate neutral? Episode 2: Why is aviation scrutinized: aviation growth and other warming effects? taught us that other greenhouse gases such as NOx or contrails can affect global warming, even though the scientific certainty is still low. Hydrogen combustion at high temperatures does produce some NOx, and the byproduct of hydrogen combustion, water, could cause contrails.

These are impacts that must be better understood and addressed as the industry develops hydrogen aircraft.

Aviation alone wouldn’t be able to bring a whole new energy industry behind it.

Fortunately, hydrogen gets also a lot of attention for other means of transportation: heavy vehicles like trucks, trains, or ships where the amount of required energy does not seem compatible with batteries, but also cars because it can solve the issue of charging batteries: filling-up a hydrogen car is as fast as filling-up your petrol car, compared to hours of charging for batteries. 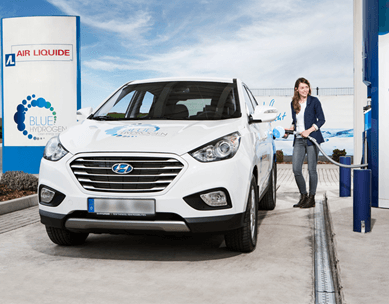 That’s good news because it means vast prospects can justify the massive investments that will represent the shift from the petrol economy to the hydrogen economy.

In Europe, France and Germany have committed to invest 7 and 9 billion € of public money in the next ten years to bootstrap a hydrogen industry. By 2050, Europe estimates that it would need to invest €180-400 billion for hydrolyzers, solar and wind energy production, transport, and storage [1]. It would then reach 13-14% of its energy mix with hydrogen. The USA and China have similar roadmaps.

These are considerable investments on a 30-year term and substantial changes in the infrastructures: hydrogen pipelines, massive hydrogen storage at the airports, etc.

The next episode of this series is entitled “Power to liquid.”