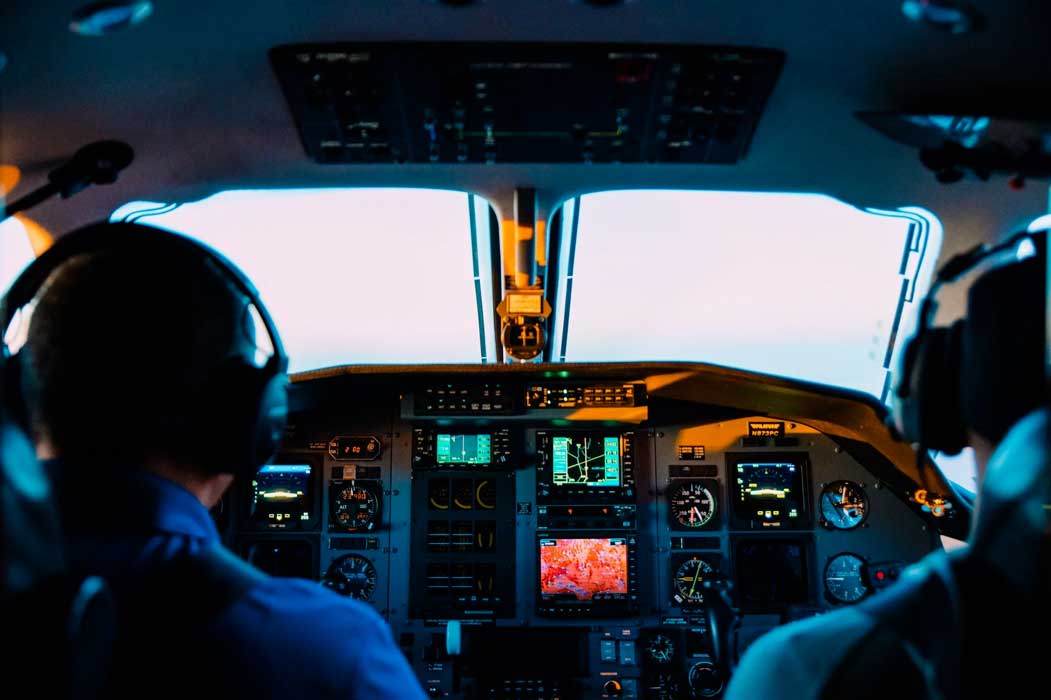 What you need to know about Continuous Descent Approach

Pilots are the main actors to improve fuel efficiency since a lot of initiative to save fuel must be applied during flights.

That’s why this new series of articles will focus on giving you tips and tricks for many industry best practices for fuel efficiency.

In this first article, let’s focus on one of the most used best practice: Continuous Descent Approach (CDA).

What is a Continuous Descent Approach?

The following graph shows an example of two descent profiles:

The aircraft flies at a higher level until the optimal Top of Descent and then performs its uninterrupted descent. By maintaining a descent at idle thrust, it greatly reduces its fuel consumption. 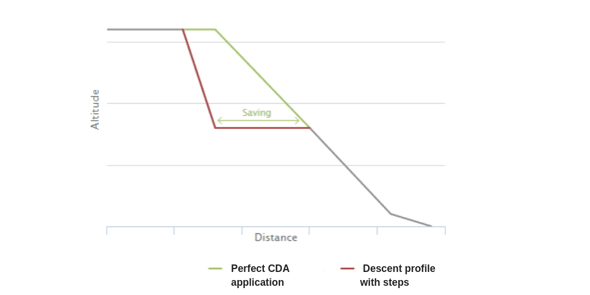 Descent is not the most fuel consuming phase of the flight, so you may think that there is not much to save during that phase. However, here are a few figures that demonstrate otherwise:

By applying Continuous Descent Approach, a single-aisle aircraft such as the A320 or B737 will save between 30 and 70 kg of fuel per flight. For larger aircraft, the benefit can exceed 250 kg.

As an example, let’s take an airline operating a fleet of only 20 single-aisle aircraft flying 6 flights a day: since a Continuous Descent Approach allows to save around 50 kg per flight, this will result in more than 2 million kg of fuel saved per year (or more than 700,000 gallons), which represent a significant cost.

Read more: What you need to know about Engine-Out Taxi-In

Can pilots make a difference?

During the descent phase, Air Traffic Control (ATC) has an important role since they guide the pilots throughout the descent, sometimes forcing steps or even holdings.

Pilots may feel that they have no power over the descent profile. However, we learned from our customers using SkyBreathe that at many airports, pilots who request for Continuous Descent Approach are usually authorized to do it.

In the example below, there are two airlines operating the same aircraft (Boeing 737-800) and going to the same airport. With their authorization, we benchmarked their level application of CDA at this airport:

As you can see on the graph, Airline A managed to get 50% or 75% of level of application at this airport depending on the runway, while airline B could hardly reach 10%.

You might think that we should consider that maybe the two airlines were using different approaches to land.

Since SkyBreathe can recognize which Standard Arrival Route was actually flown, the graph below shows that the approach has nothing to do with the performance and that the company culture or pilot habits can make a huge difference:

Furthermore, in congested airports such as Dubai International (DXB) or London Heathrow (LHR), the airspace is quite tight, and you may think that CDA cannot be applied. But our customers’ data prove that some airlines manage to execute CDA on more than 50% of the flights at these airports, which still enables to save a great amount of fuel.

Like what you see? Want to learn more about fuel efficiency solutions?

Since summer 2017, jet fuel prices are rising. According to the International Air Transport...
Read More

What you need to know about Reduced Acceleration Altitude

Pilots are the main actors to improve fuel efficiency since a lot of initiative to save fuel must...
Read More