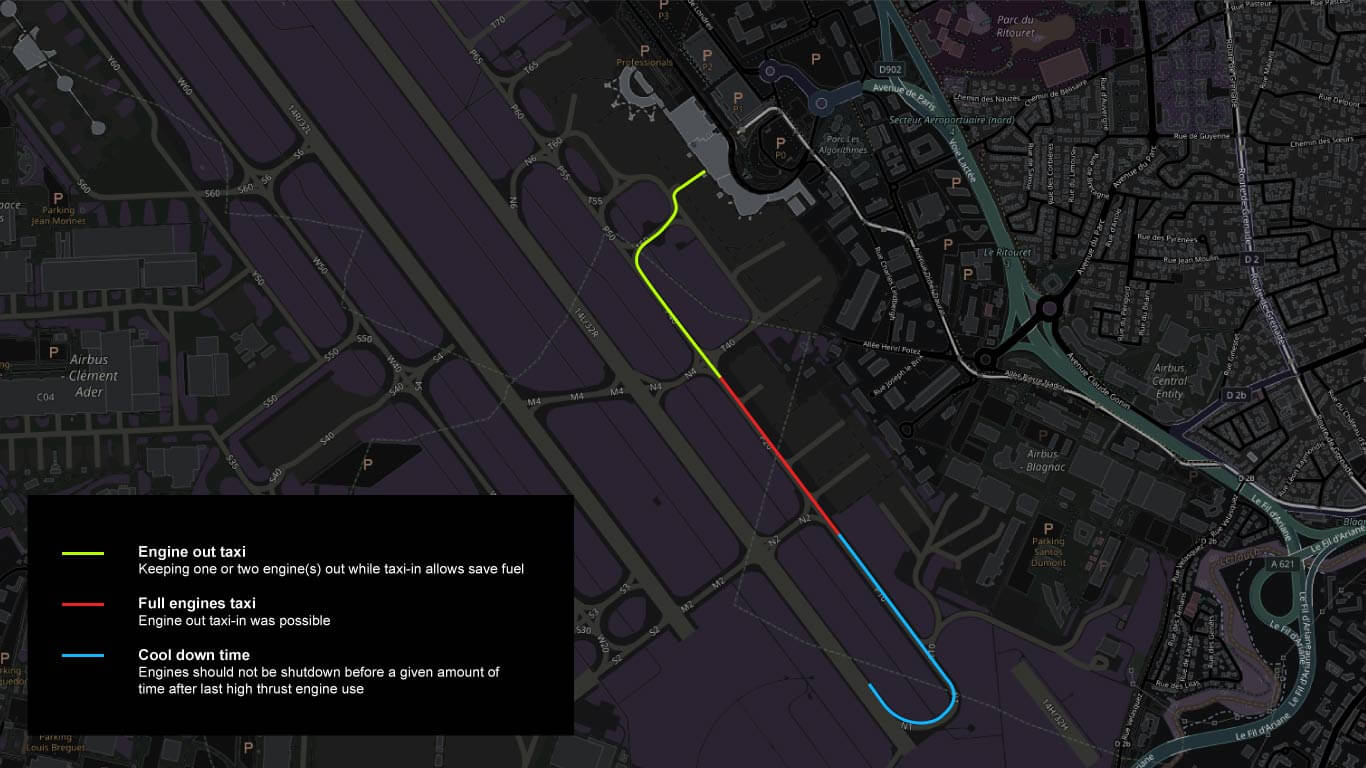 What you need to know about Engine-Out Taxi-In

Pilots are the main actors to improve fuel efficiency since a lot of initiative to save fuel must be applied during flights.

That’s why this new series of articles will focus on giving you tips and tricks for many industry best practices for fuel efficiency.

There is one best practice which is quite simple to implement and that can yield significant savings if applied regularly: Engine-Out Taxi-In or Single-Engine Taxi-In (Engine-Out Taxi is a more general term that also applies to aircraft that have more than 2 engines).

What is Engine-Out Taxi-In?

Its principle is to perform this taxi with one or several engines (in the case of four engine airplanes) shut down to save fuel.

Is Engine-Out Taxi-In efficient? What are the benefits?

Wondering what are the typical fuel savings for shutting down one engine?

The chart below shows what are the typical fuel saved and the typical cooldown time, depending on the aircraft type:

Figure 2: Typical fuel saved and cooldown time, depending on the aircraft type

But remember the math of airlines fuel efficiency: it consists in multiplying small quantities by big numbers.

This means that even the last seconds count. Let’s take the example of a very short taxi of 3 minutes and 45 seconds on an A320 or a B737 that have an engine cooldown time of 3 minutes. You might consider that these 45 seconds don’t make such a difference.

Can pilots really make a difference?

Many pilots are reluctant to apply Engine-Out Taxi In, mostly for the following reasons:

If you want to increase Engine-Out Taxi-In application rate without compromising safety, here are some tips: 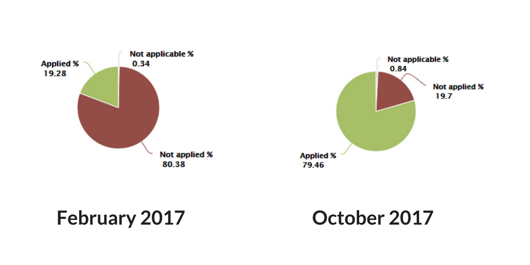 You want to keep a data sheet about Engine-Out Taxi-In?

SmartWings is the largest charter airline in the Czech Republic, Slovakia and Hungary and a major...
Read More