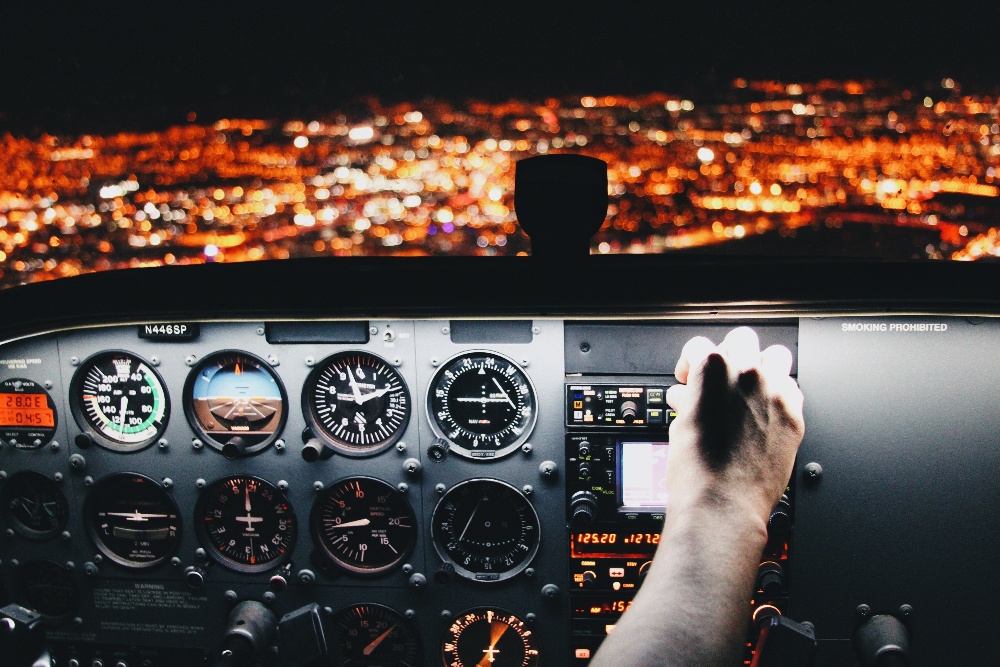 How to reduce pilot extra fuel without compromising safety?

What is Pilot Extra Fuel?

The amount of fuel needed for a flight is calculated by the dispatch taking into account the aircraft performance, planned route, weather conditions and all legal reserves for contingency, holding, alternate, etc.

Pilot extra fuel is the discretionary fuel added by the pilot on top of the fuel recommended by the flight dispatcher. It is represented in grey on the graph above. 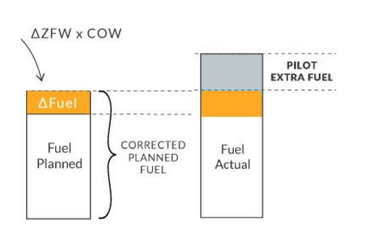 Nowadays, the International Air Transport Association (IATA) suggests that extra fuel should be optimized at dispatch level, based on historical data and statistics.

After this optimization, the captain can adjust this value for exceptional reasons that were unknown (or not considered) at dispatch time. Among those reasons are the weather at arrival (in case of storms), the state of Air Traffic Control (in case of strike), etc.

At the end of the day, the captain is responsible for the safety of the flight, which means that he/she gets to decide the quantity of fuel on board.

However, with the accurate flight planning systems that are in use nowadays, these quantities of extra fuel in most cases remain untouched (see IATA, 2011, page 115).

Estimating the proper amount of extra fuel is not easy: underestimating it can compromise safety, which is always the #1 priority of any airline. But overestimating it comes at a significant cost.

Indeed, the unused extra fuel, which remains at landing, had to be carried during the whole flight and increased the fuel consumption by increasing the aircraft weight. To compute the impact of carrying this fuel, you must multiply the unused aircraft fuel by the cost of weight (CoW) or cost of carrying the fuel.

A good rule of thumb to compute the cost of weight is to consider it represents about 3.5% per flight hours.

For example, 1T of extra fuel remaining after a flight of 3 hours will have cost 105kg of additional fuel to carry  to destination.

Since reducing pilot extra fuel can yield to significant savings, it is interesting to know how we can optimize it without compromising safety?

[White paper] How to use big data analytics to improve fuel efficiency?

How to optimize the amount of extra fuel taken?

Decisions to take extra fuel are often based on lack of confidence in the flight planning system.

In this case, it is paramount important to restore pilots’ confidence in the system:

To optimize this exceptional extra fuel, one should really look for a methodology based on historical data and models to recommend a quantity of extra fuel, discriminated per reason to take extra fuel.

Also, the last generation of EFB enables pilots to update the Mass and Balance sheet live from the cockpit to consider the last-minute changes (LMC). This feature enables pilots to take a more precise amount of fuel implied by late changes in payloads rather than relying on the OFP correction values.

Like what you see? Want to learn more about airline fuel efficiency solutions? 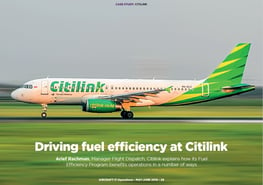 Pilots are among the main actors to improve fuel efficiency since they are the one in commands when...
Read More

OpenAirlines selected to go to China

What you need to know about Continuous Descent Approach

Pilots are the main actors to improve fuel efficiency since a lot of initiative to save fuel must...
Read More