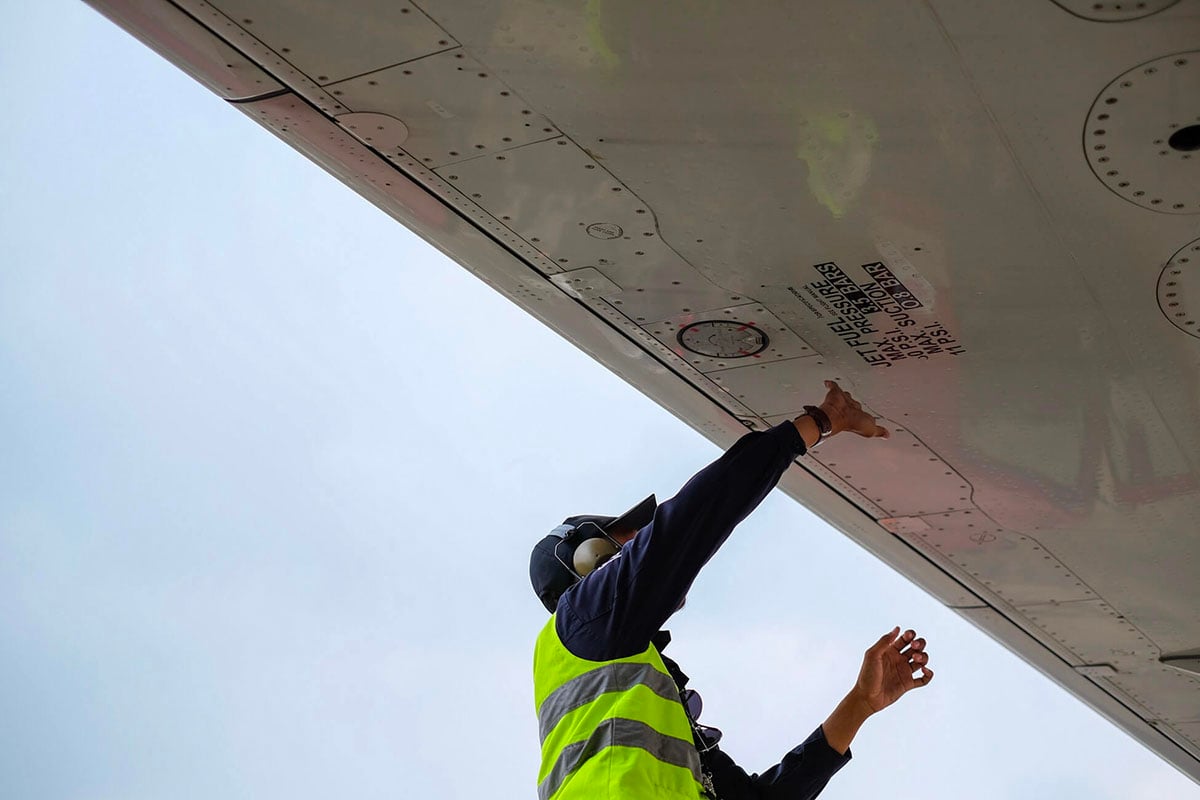 How much fuel per passenger an aircraft is consuming?

Nowadays the fuel consumption is usually around 3 to 4 liters per passenger per 100 kilometers, which makes fuel the #1 cost for an airline (representing around 30% of total costs). As a result, how much fuel per passenger an aircraft is consuming is one of the most important issues in the airlines management.

You probably wonder how to measure the amount of fuel needed for an aircraft? And more importantly: is there any way to reduce it?

First, the different indicators to measure fuel efficiency in terms of traffic are generally compared to industry “production” indicators.

What is an industry indicator?

The traditional business of airlines is to transport passengers from A to B. A classic indicator of production is to know the amount of seat transported (resp. passengers transported) multiplied by the distance.

Let’s go a little bit more into detail of these indicators with some examples:

One ASK means that one seat is flown on one kilometer.

Passenger tonne-kilometers for an airline:

Freight tonne-kilometers for an airline:

Note that US airlines will use:

How to measure fuel efficiency?

As mentioned above, fuel efficiency can be measured by comparing the production of an airline to the quantity of fuel burnt.

Let’s compare different airlines in terms of passengers per kilometres per litres (measure used by the International Council on Clean Transportation -ICCT-) with the graph below: 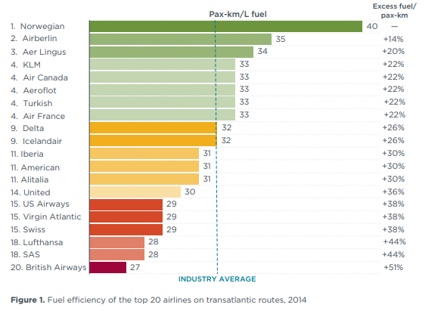 From this figure, we can see for long haul an average of 31-32 passengers per km per litres of fuel burnt (US uses instead Pax Miles per Gallon).

To put it into perspective with other means of transport such as cars, this indicator is often given in litres per 100 km per passenger. Therefore, the previous numbers would be around 3.2L / 100PK. However, in different environmental reports from major airlines we can see that overall numbers are higher ranging from 3.85L /100PK for Lufthansa to 4.2, 4.3L / 100PK for Delta or Emirates.

According to the United Kingdom Department of Transport, new cars are burning from 8L/100K (in 2000) to 5.4 L/100K (in 2016) which is higher than most airlines figures per passenger. Considering in addition, the average speed of an aircraft (1000 km/h), makes that difference even more interesting.

[White paper] How to use big data analytics to improve fuel efficiency?

Is there a difference between the different types of airlines?

Let’s have a look at the results of airlines among the most fuel efficient (SkyBreathe™ Users):

From our customers results, we observe significative differences: low-cost airlines are the ones with better results in terms of terms of litres per 100 km per passenger. Normally, since the low-cost are the best one in terms of filling rate, they have the lowest quantity of fuel used per passenger.

For example, if we consider an airline flying medium haul flight of 2 hours with narrow body aircraft of about 200 seats, the efficiency is around 3.5l per 100PK for an 80% load factor, but it would go to 3.15l per 100PK with a 90% load factor.

But, does it mean that they are the best in terms of fuel efficiency?

If we want to measure the fuel efficiency, the measure litres per 100 km per passenger is not the most suitable one because, as shown before, the value is affected by the load factor. Nevertheless, other measures such as the fuel consumption per hour can be used.

Like what you see? Want to learn more about airline fuel efficiency?

Why and how better trajectory analysis can improve your airline operations?

Flight trajectories data is a gold mine for optimizing airline operations. Indeed, many savings...
Read More

[ROI Calculator] How much fuel savings can your airline achieve?

Following our previous article of the math of airline fuel efficiency, you probably already got...
Read More