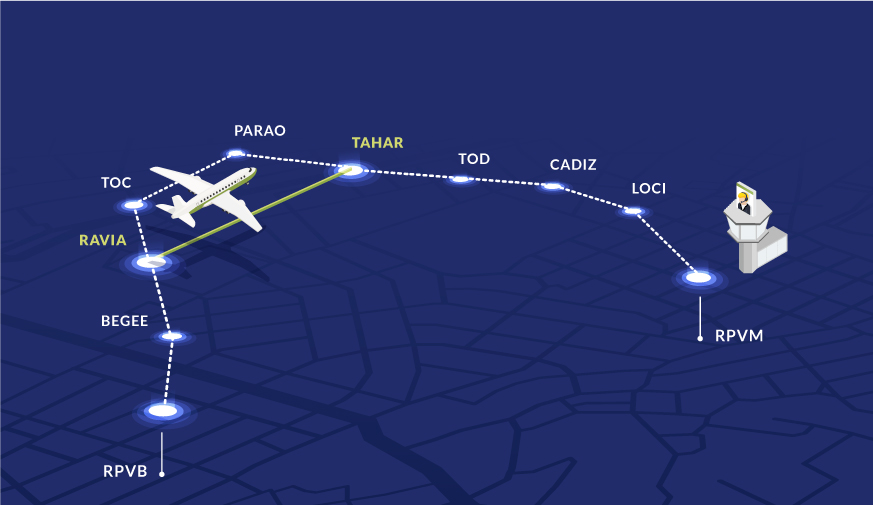 A simple but efficient way to reduce fuel consumption is to fly shorter. Like in any mode of transportation, using a shortcut reduces the energy consumed and the time to go from point A to point B. In the sky, flights usually follow a predefined path, which is called a flight plan. It is a list of points that define the trajectory of the plane. Contrary to cars on roads, aircraft can deviate from this planned route. Pilots can ask for direct routes, and therefore improve their fuel efficiency.

What is a direct?

A direct is a shortcut between two waypoints of the flight plan. For example, on the image below, the standard routing would be to follow the flight plan’s different waypoints, but a direct can be flown from waypoint RAVIA to waypoint TAHAR. By taking this direct route, the aircraft saves time and fuel. 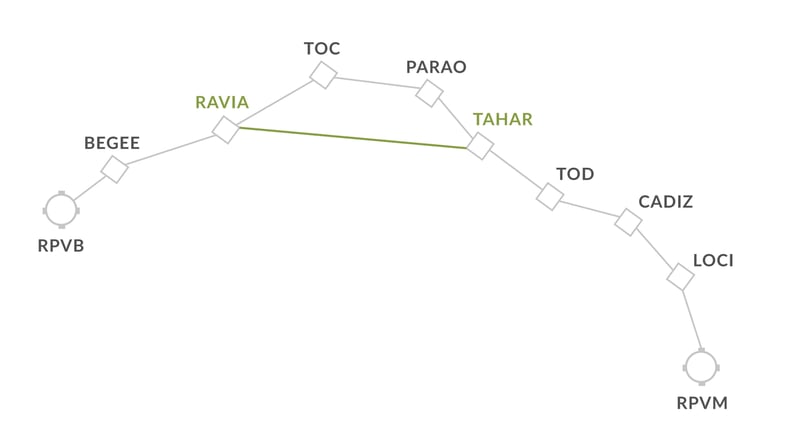 A shortcut can be asked by a pilot but needs to be approved by ATC controllers. That is why a direct is usually only possible in a single airspace, on which ATC controllers have a complete view.


What are the benefits?

Therefore, there is a huge potential if directs are widely used and flown in the airline.

Improving the usage of directs

Using directs to improve fuel efficiency seems simple but in practice, directs are not used as much as they could be. Often, pilots are not aware of the possibility of asking for a direct and miss the opportunity to perform a direct. Their knowledge is mainly based on experience on a particular route and is not shared much.

Learning from the history

Knowledge of where directs can be performed is key in improving the usage and impact of directs. All the historical flights that pilots have already flown can be used to build up a database of possible directs. This database offers a reliable source of where and when directs can be asked by the pilots, as we can know which direct is likely to be granted and how often it is flown. It makes it possible for a pilot that has never flown on a particular leg to know where and when he/she can ask ATC for a direct, and the chance of really flying it.

But how can we pass this information to the pilot?

One way to give access to the directs database is to add contextual information during the pre-flight briefing. While preparing the flight, the pilot is provided the possible direct routes on his next flight. He/she can prepare his flight knowing the probability of getting those directs.

Getting the information of possible directs on the next flight is one thing, but pilots have a heavy workload and sometimes the info given during the briefing are put aside while an urgent situation arises. Another way of improving the usage of directs is to push the info to the pilot at the right time, meaning when he needs to decide to ask the direct to the ATC.

Historical data enables to build a database of possible directs along with the probability of getting the direct. But the computation of actual savings of a direct in flight should take into account actual conditions such as weather conditions (temperature and wind), grossweight, and actual speed of the aircraft.

To make this possible, we recommend using a tool like SkyBreathe OnBoard Direct assistant that provides real-time support for fuel-saving during the flight in a seamless, natural, and simple way. The app pushes relevant and timely notifications to pilots about direct opportunities, and actual potential savings associated.

Pilots can then engage with ATC controllers to ask for a direct route, knowing the time and fuel gain of the operation. 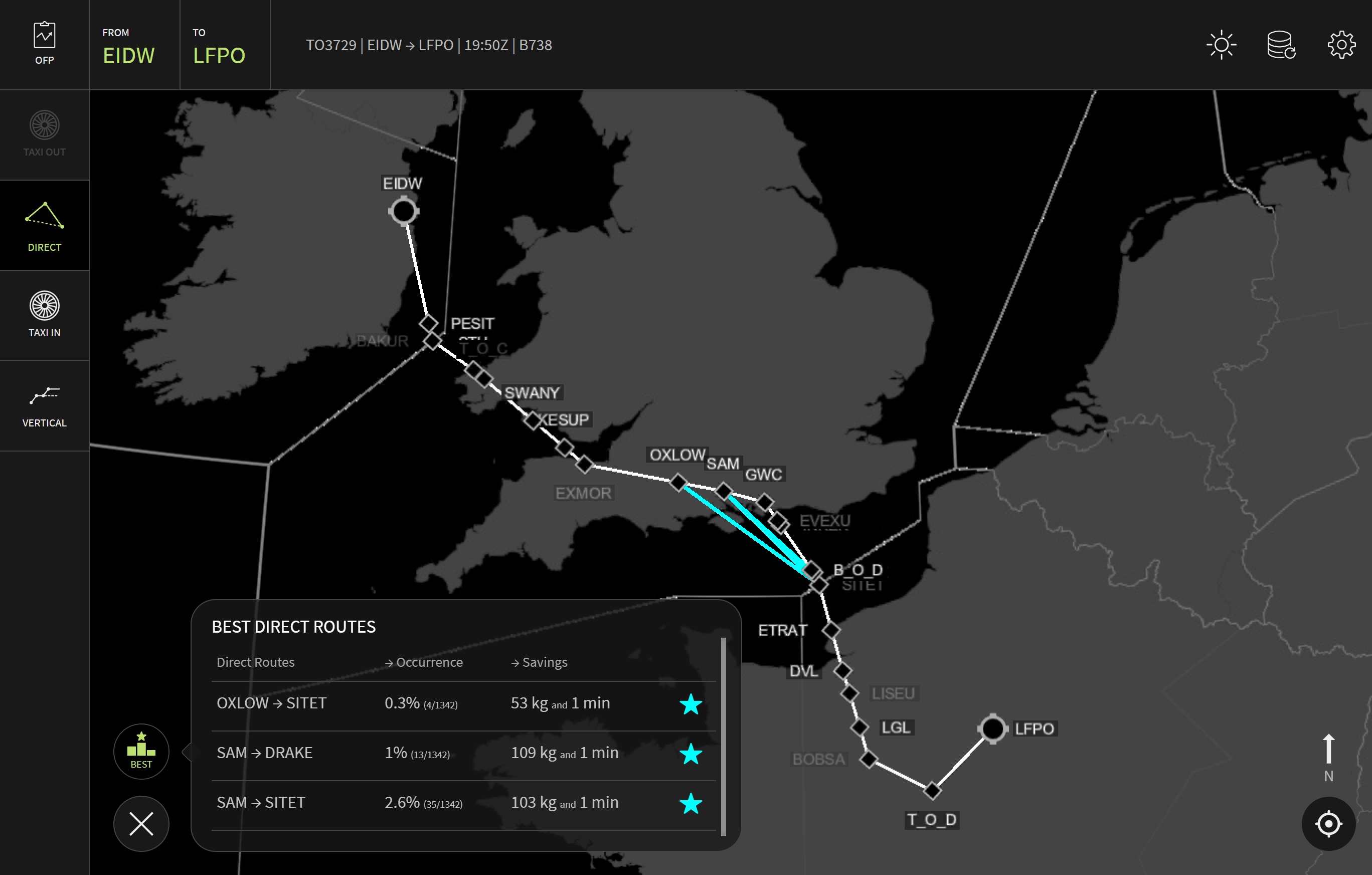 Discover more case studies and stories from airlines that have been there:

Following my previous article on why optimized taxi fuel matters, you already know that you can at...
Read More

Are your pilots engaged in flight efficiency? Two apps to boost flight performance.

Is there a better way to reduce carbon emissions than by calling on the people who can make a real...
Read More