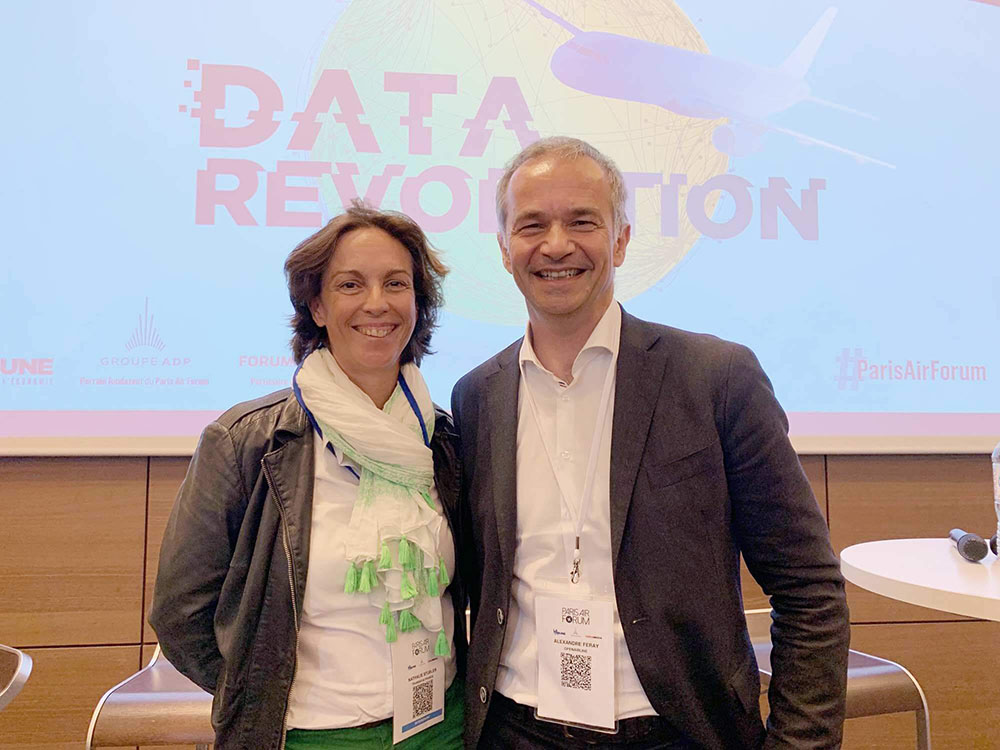 OpenAirlines received today the Paris Air Forum Trophy 2019 and announced a partnership with Transavia at the PARIS AIR FORUM organized by La Tribune and gathering major players in the aerospace industry.

Transavia and OpenAirlines, the leading global provider of fuel efficiency solutions signed an agreement on Friday, June 14th. Transavia becomes the research and development partner for SkyBreathe® OnBoard, a real-time eco-flying solution that provides live guidance to reduce fuel consumption and carbon emissions during the flight.

Building on the significant fuel savings and emission reduction of SkyBreathe® Fuel Efficiency, which launch airline was also Transavia, in 2013, both companies are taking their partnership a step further to reduce aviation carbon footprint by implementing SkyBreathe® OnBoard, a State-Of-The-Art fuel-saving application for the cockpit.

Complementing SkyBreathe® Fuel Efficiency, which provides recommendations before and after the flight, SkyBreathe® OnBoard is a connected Electronic Flight Bag application, that uses Big Data and Artificial intelligence to detect fuel saving opportunities during the flight.

Based on its recognized expertise in developing fuel efficiency and flight operations solutions for airlines, OpenAirlines manages the SkyBreathe® OnBoard product development, while Transavia contributes to the definition of the solution, its validation, and the in-flight test campaign.

“Transavia has always taken ambitious steps to reduce the environmental impact from aviation. Innovation and smart digital technology from SkyBreathe® OnBoard will allow us to eke out every possible operating fuel saving by making adjustments on the go. We are looking forward to launching this innovative solution with the full support of our pilots and achieving the additional benefits for the environment.” Commented Emmanuel Cachia, VP Flight Operations at Transavia.

"With SkyBreathe® On Board, we give the right tool to the pilots at the time they need it the most - during the flight – so, they can maximize fuel efficiency in real time. This partnership is very exciting for both organizations. Transavia was the first airline to implement SkyBreathe® and we look forward to our continued collaboration, which will not only help launch important new technology, but more importantly, will continue inspiring change in the way airlines operate to reduce the impact of aviation on the planet.” added Alexandre Feray, OpenAirlines CEO.

More than 30 airlines are already using SkyBreathe® software, and this number is growing every month, all of them could adopt SkyBreathe® OnBoard in the future, with the perspective to double their fuel-saving capabilities.

Transavia, the low-cost airline of the AIR FRANCE KLM Group, operates scheduled and charter flights out of France (Orly, Nantes and Lyon) and the Netherlands (Amsterdam, Rotterdam, Eindhoven and Groningen) to more than 109 destinations, primarily in Europe and Northern Africa. With over 14.8 million passengers carried in 2018, Transavia is today the leading low-cost carrier out of Orly airport and the second out of the Paris area (Beauvais, Roissy, Orly).
In order to continuously ensure customer satisfaction, Transavia focuses on the quality of its services and the friendliness of its crews. In 2017, this allowed it to be voted for the second time in arrow "Best European low-cost Airline "by Flight Report, a website specializing in airline rankings, and to be declared “Best Brand 2018” by French magazine ‘Capital’, in the ‘Transports – Low Cost Carriers’ category. In 2019, Transavia have been rewarded for it quality of services online with the trophy Qualiweb 2019 in Tourism and Transport category.

September 18, 2019, Baku – Azerbaijan Airlines signed a partnership with OpenAirlines to use its...
Read More

French President Emmanuel Macron will make an official State visit to China with a focus on climate...
Read More