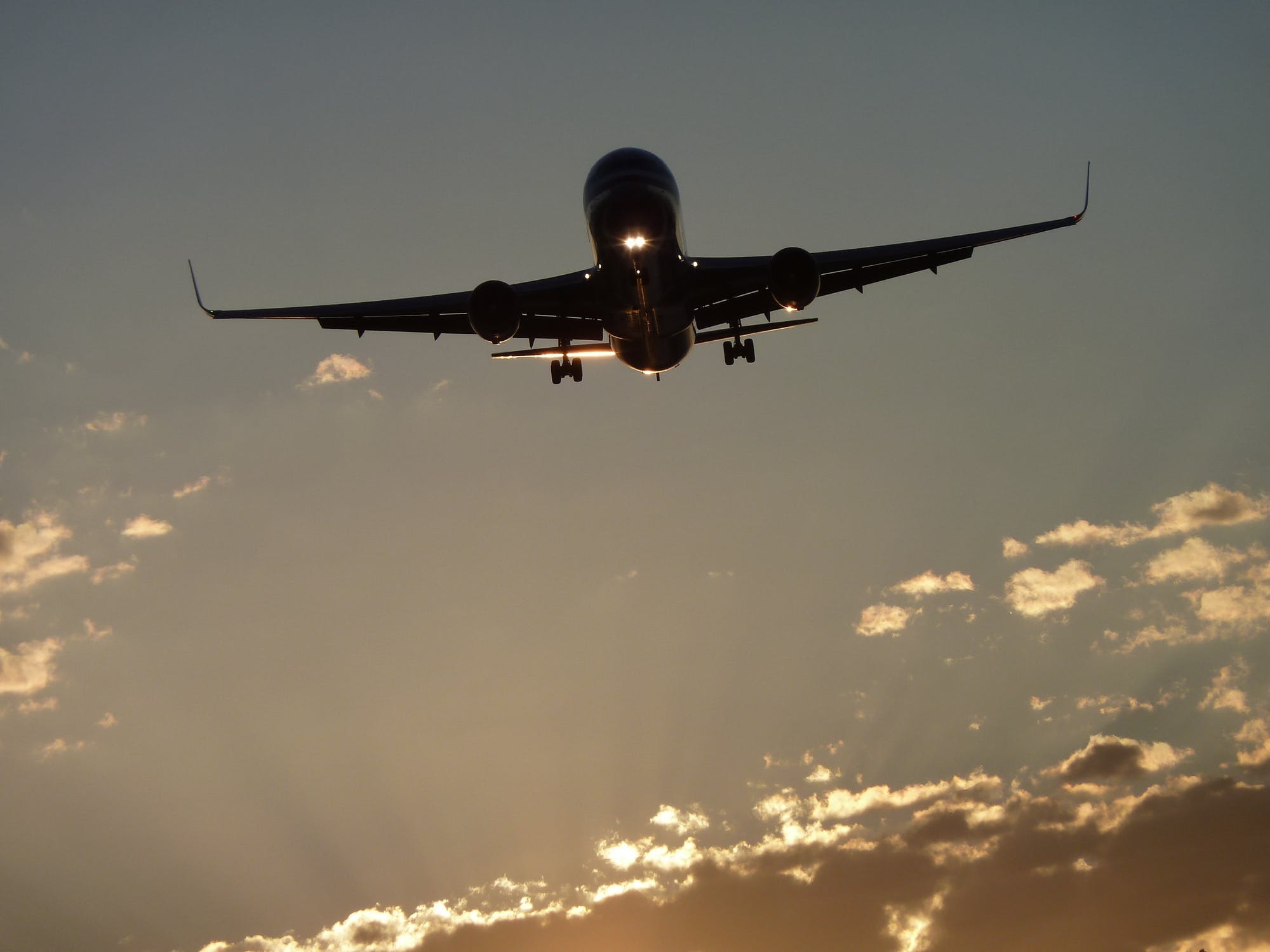 Have you ever come across a concept which raises much interest and discussions, and equally much or more myths and misconceptions? The Cost Index is such a concept.

As the devil is in the details, we would like to help the understanding of the Cost Index through a selection of 10 facts or myths, following some basic principles. So, let’s come on board!

The purpose of Cost Index is not speed control but mission optimization a.k.a. trip optimization.

This optimization is achieved through a trade-off between the cost of time, or cost of operations by unit of time, and the cost of fuel, by unit of fuel. In other words, the effect of the fuel cost on the trip cost compared to the time cost in terms of operational costs. The Cost Index is calculated as follows:

Based on equation 1, if CI = 0, the cost of time is null, and the mission is optimized through minimum fuel consumption, which will result in maximum range airspeed. On the other hand, if CI is maximal, the cost of time is large in comparison to the cost of fuel. The flight will be flown using minimum time to achieve mission optimization, without considering the fuel burn.

The purpose of the Cost Index is to capture the relationship between time cost and fuel cost. A good example of its benefit is the balance between maintenance costs and fuel costs.

A faster flight results in reduced cost of time, which leads to bigger distances flown between maintenance inspections if they are based on flight time. However, flying faster, more fuel is consumed and so the cost of fuel increases. The Cost Index is meant to balance between the two:

It accounts for all time dependent costs, such as:

Additional and airline specific costs, though complex, may also be considered: crew overtime, passenger re-accommodation, and goodwill loss, for instance.

Fuel cost may be difficult to capture due to high variability across countries and airports, and in addition, to fuel tankering and hedging strategies.

Fact or myth 1 - There is one single way to calculate the Cost Index.

Though the concept is unique, there are essentially 2 ways to calculate it, with 2 units commonly used for the Cost Index.

Simple maths show that the Boeing Cost Index is equal to the Airbus Cost Index multiplied by 1,32.

Fact or myth 2 - The optimal Cost Index is fixed

Cost of time changes continuously, and a minute of flight time may have a cost impact or cost benefit, depending on other operational aspects, such as the delay of another flight, or the crew overtime.

Cost of fuel changes continuously as any commodity on the market.

In practice, a variable Cost Index would generally result in variable flight times, and irregular schedule making it harder to operate reliably.

Not necessarily. Above a certain cost index, the gain is marginal and the increased fuel burn useless.

Long-Range Cruise (LRC) speed is the traditional cruise speed. It has been historically defined as the speed above Maximum-Range Cruise (MRC) speed with a 1 percent decrease in fuel mileage, but a 3-5% gain in cruise velocity, as illustrated below. 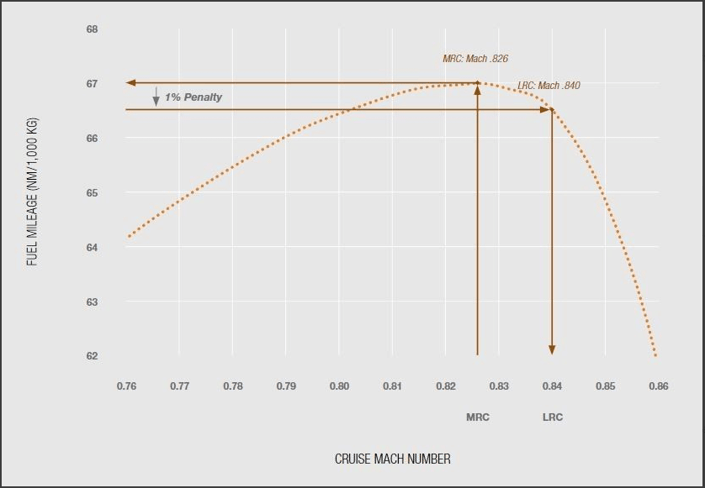 On the other hand, ECON (Economical) speed is based on richer tradeoffs between trip time and trip fuel and includes the time-related operating expenses. Also, The LRC speed calculated by the Flight Management system is typically not adjusted for winds while ECON is. As an example, ECON is reduced with tail winds. ECON also takes three other input variables: aircraft weight, temperature, altitude, in addition to wind and CI.

In short, LRC is based on a 1% penalty on fuel mileage, while ECON uses Cost Index as input with a more detailed accounting of actual costs.

As shown in Figure 1, below LRC speed, fuel gains are marginal since LRC is only 1% worse than MRC for fuel mileage.

Using Cost Index as speed control is not recommended, pilots should select speed via the Flight Control Unit (*).

(*) Large aircraft are typically equipped with an Autopilot Flight Director System (AFDS) which includes an auto-thrust system, referred to as an auto throttle. The aircraft can usually be operated in two basic system states:

Flying "managed speed" mode means flying at a given Cost Index, rather than a selected speed. It results in flying an optimum speed, depending on gross weight, Flight Level, head or tail wind component. "Managed" can save fuel relative to "Selected" mode, which translates in fixed Mach schedules, irrespective of the variable flight conditions, which will result in suboptimal mission.

And, tailwinds command lower ECON speeds, on the principle of “let winds work”. In fact, the ECON Mach will be corrected in relation to the wind as follows:

Through this article, we hope to contribute to a better understanding of the Cost Index, and as we eluded in the introduction, capturing the “true” cost of time and cost of fuel is most complex.

In a future article, we would like to focus on Cost Index calculation and practice State-Of-The-Art. In this perspective, we welcome your insights on the same:

So, please reach out to us!

Discover how Transavia engaged pilots in their fuel conservation program:

How to use the cost of weight to be more fuel efficient?

Fuel efficiency depends on many criteria. One of the most important is weight: the more weight you...
Read More