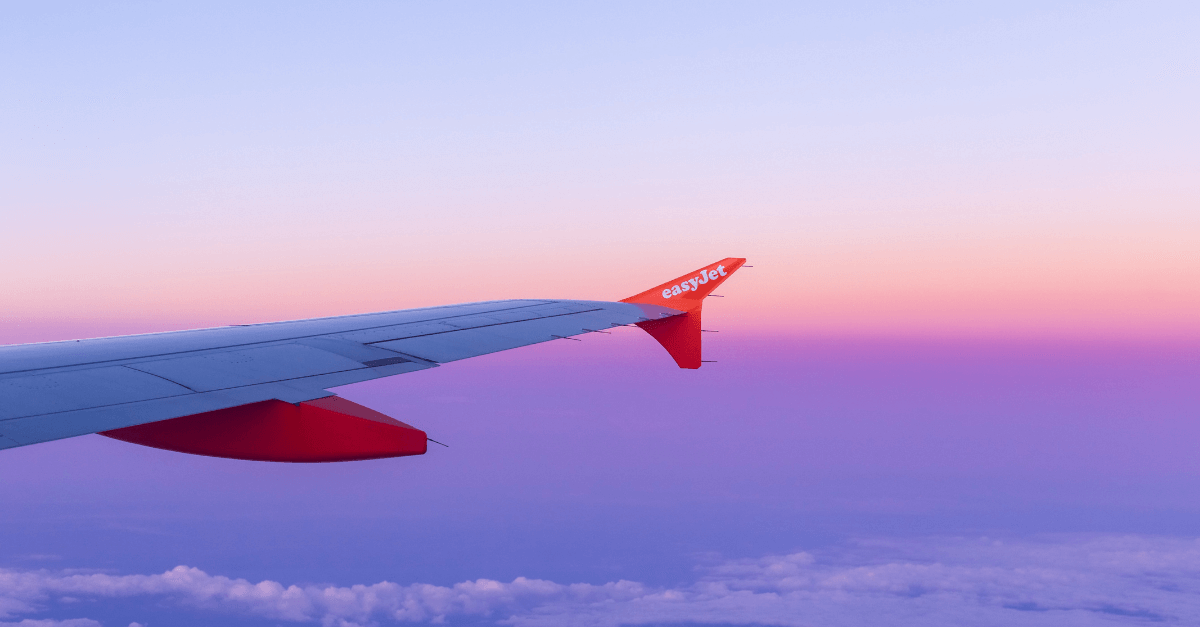 London, february 7th, 2022 – easyJet, Europe’s leading airline, has chosen SkyBreathe®, an advanced eco-flying solution to reduce the fuel burn and thus CO2 emissions of their fleet, as part of their ambition to reduce their carbon footprint from flying across Europe.

Most aviation emissions come from fuel consumption and the resulting carbon emissions. SkyBreathe® is an innovative eco-flying solution developed by OpenAirlines. It is based on Cloud, Artificial Intelligence and Big Data and enables airlines to save fuel and reduce their carbon footprint by up to 5%.

Under the agreement, the fuel management software will automatically collect and analyze the data from the 300+ aircraft operated by easyJet and combine them with data from other sources, including payload, weather conditions, maintenance, flight paths, and Air Traffic Control.

The solution will identify the most relevant fuel saving opportunities and generate actionable insights shared with all stakeholders through synthetic and easy-to-read dashboards. Based on this information, the airline will benefit from a thorough understanding of its operations. The solution allows for the implementation of the most efficient procedures on the ground (pushback, taxi, takeoff, turnaround, etc.) and during flight (climb, cruise, approach, landing, etc.) to maximize carbon reduction.

“easyJet has committed to reaching net-zero carbon emissions flying by 2050 and so we are working with a range of partners to reduce our carbon emissions today as well as accelerate the development of carbon-free technology in the future. The adoption of SkyBreathe® enables us to more easily identify where improvements can be made now, which will play an important role in reducing our carbon emissions with immediate and concrete results. We continue to offset the carbon emissions from the fuel used for all our flights.” Said Captain David Morgan, Director of Flight Operations at easyJet.

“Today, our industry faces many challenges, but also an unprecedented opportunity to transform the way we fly. It is more important than ever for airlines to operate more sustainably and easyJet is taking full responsibility and leading the way to address the carbon impact from its flights. We're delighted to be working with such an enthusiastic and dedicated partner. “ Said Alexandre Feray, CEO, OpenAirlines

easyJet flies on more of Europe’s most popular routes than any other airline and carried more than 96 million passengers in 2019 – more than 16 million travelling for business. The airline has over 300 aircraft on nearly 1000 routes to more than 150 airports across 35 countries. Over 300 million Europeans live within one hour's drive of an easyJet airport.

easyJet aims to be a good corporate citizen, employing people on local contracts in eight countries across Europe in full compliance with national laws and recognising their trade unions. The airline supports several local charities and has a corporate partnership with UNICEF which has raised over £14m for the most vulnerable children since it was established in 2012.

The airline takes sustainability seriously and is committed to reaching net-zero carbon emissions flying by 2050. Together with its partners, including Airbus, Rolls-Royce, Cranfield Aerospace Solutions and Wright Electric, easyJet is working to accelerate the development of zero-emission aircraft technology. In the meantime, the airline is offsetting the carbon emissions from the fuel used for all its flights, at no additional cost to its customers, and only supports projects that are certified by Gold Standard or the Verified Carbon Standard, internationally recognised certification schemes. In addition, easyJet continues to renew its fleet, operate efficiently, and aims to fill most of its seats. Since 2000, over a 20-year period, the airline reduced its carbon emissions per passenger, per kilometre by over one-third, and aims to bring this down further.

Innovation is in easyJet’s DNA – since launching over 25 years ago, easyJet changed the way people fly to the present day where the airline leads the industry in digital, web, engineering and operational innovations to make travel more easy and affordable for its passengers.

The airline was named as Britain’s Most Admired Company of 2020 in the transport sector, retaining the leading position for a second year running. Britain's Most Admired Companies study is the longest-running annual survey of corporate reputation in the UK.

Based on the observation that every year, nearly 660 million tons of CO2 are emitted by airplanes in the world - representing 20 000kg of CO2 per second, OpenAirlines decided to act by developing innovative solutions to help airlines reduce their environmental impact and costs.

OpenAirlines has drawn on 7 years of R&D before launching its eco-flying software SkyBreathe®. Relying on big data algorithms, artificial intelligence, and machine learning, the software automatically analyzes the large sum of data available in aircraft black boxes to provide recommendations to airlines and pilots that help them reduce their fuel consumption and CO2 emissions.

In 2018, OpenAirlines continues its growth and begins the development of a new module, called SkyBreathe® OnBoard, designed to be embedded in the cockpit to give recommendations to pilots in real-time.

In 2021, the platform is completed by SkyBreathe® APM, an innovative solution that continuously monitors aircraft performance with an up-to-date view of the entire fleet health.

Today, SkyBreathe® is the most widely used eco-flying solution in the world. Its active community federates more than 50 airlines across the planet, including Air France, Norwegian, IndiGo, flydubai, and Atlas Air. In 2019, its customers saved more than 590,000 tons of CO2 and 150 million USD.

To raise awareness on fuel saving best practices, this white paper aims at spreading the fuel-efficiency culture in all airlines.

Tags: OpenAirlines News
Back to Blog

OpenAirlines awarded at the European Startup Prize for mobility

We are proud to announce that we have been awarded public’s choice at the European Startup Prize! ...
Read More